To answer the question, high intensity can be measured in many ways. For example, percentage of one repetition max in weightlifting or heart rate in aerobic based activities. The former is useful as a guide, but maximum force/power output can fluctuate on a daily basis. The latter, who has the time to check their heart rate mid WOD to make sure you’re in the right zone? Fortunately, there are alternatives. We can use a more subjective scale called BORG Rate of Perceived Exertion (table below).

I’m sure most of you have heard of this as its nothing new or ground breaking but stick with me. Without thinking about it your likely using this method constantly to feedback how you are feeling during a WOD. Internal dialogue like “I’ve gone out too fast, I’m blowing up, slow down” But how many of us really get to 20 on that scale; MAXIMUM EXERTION? How often to you find yourself waning towards the end of a WOD or not getting the most out of your workouts? As humans we tend to hold back a little. Not because your body says slow down or stop but because your brain tells you too. How far could you go if you really had to? If there were another 15 seconds on the clock? If your life depended on it? If your fitness depended on it?

Now I know we can’t go to 20 RPE on every workout; that would be stupid given the amounts of a times a week most of us train. But you could pick one or two sessions a week to really push yourself to empty the tank. Why not pick the session that already has a psychological aspect built in to make you work harder? On Team Friday a little bit of friendly competition goes a long way to get that extra rep out of you; there’s nowhere to hide and we don’t want to let our partner down. On top of that there is the added motivation of beating another team made up of your peers; who doesn’t like bragging rights.

In this way GAIN Fitness can provide a friendly safe motivational environment to get the most out of your training and make sure you hit that INTENSITY. If you need that extra nudge why not sign up to the Winter Series; A four-week competition in January that will run as part of team Friday.  Teams enter a mini league with other teams of similar standard ensuring a competitive environment to get the most out of you.

If you would like to get involved in the winter series, find yourself a partner (mixed pairs is fine) and send us an email at [email protected] specifying who your partner is, a team name, and what class on a Friday you usually attend. 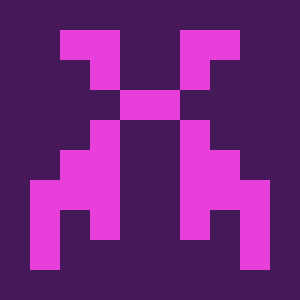